Hooking up a Parallel LCD to Arduino

A few months ago for my birthday I received an Arduino board and a small 16x2 LCD screen. The Arduino is a lot of fun. It's taken several months of off-and-on tinkering but I finally have it setup to read in RSS and XML feeds from a PHP script and display the selected data on the screen.

I'll post the code soon, but first I wanted to just briefly go over actually attaching the screen to the Arduino. I ended up buying a parallel screen which requires quite a few more connection points compared to using a serial screen. I used this wiring scheme to hook-up the LCD. Finding the correct diagram for my screen took a little while of searching around the net, but once I found the right one everything worked well. (Sorry for the poor photo quality.) 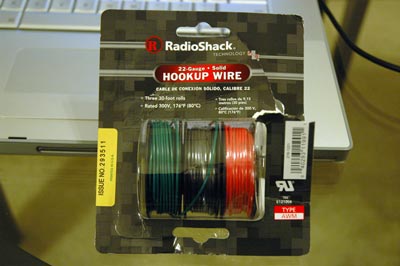 Hookup wire. The 22 gauge wire fits snugly into the Arduino. Getting two wires into the same port is tricky, however. 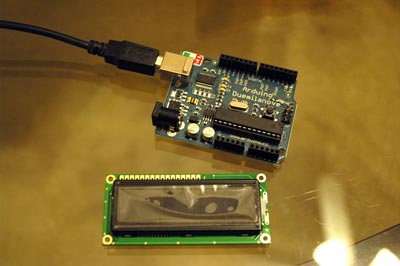 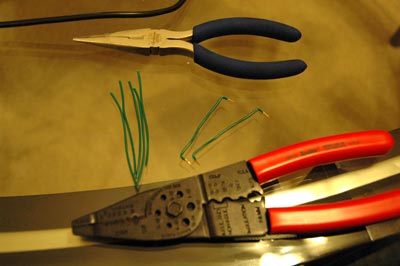 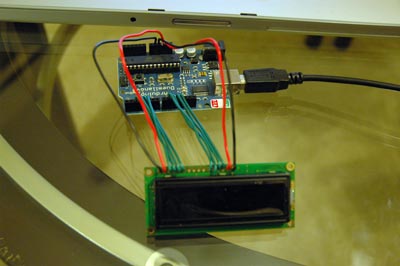 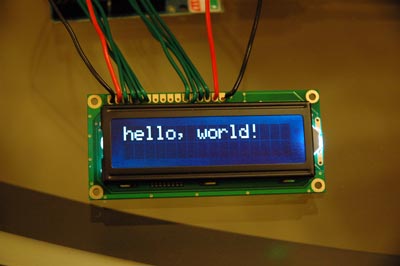